Pacific yew (Taxus brevifolia Nutt.) continues to be a valuable source of foliar material that can have a variety of medicinal uses. Bough tips are harvested, dried and milled to produce products in several forms: tincture, capsule, herbal tea, or salve. The amount and kind of bough tip selected is limited by how much foliage the bough tip bears, as green needles are the desired resource. Therefore, the bough is clipped only down to the point where the stem begins to appear woody. Woodiness begins to occur after new tip growth is about 2 to 3 years old or about 3-4 bud scars from the tip of the branch. A branch tip can average from 2 to 20 cm or more of growth depending on branch position, predations, or other external, such as climatic, variables. The more dendritic the branching, the more the growth is distributed among the branch tips.

Harvesting bough tips can be sustainable if harvest intervals are long enough to allow replacements and recovery of lost foliage. The Pacific yew is an important species in western Montana and northern Idaho for its availability for winter browse by moose, elk and deer. The species' growth habit permits considerable hedging by browsing animals. Because it can easily withstand repeated pruning and hedging and, in cultivation settings is stimulated by it, yew species have been cultivated and bred for use as ornamentals for centuries (Vance et al 1999). When the tree is browsed it also responds by vigorous sprouting and branching if the tree has enough light to support vigorous growth. Many, if not most yews, that grow in the northern Rockies and in the winter range of ungulates take on a shrub form because of persistent browsing (Vance and Rudolf 2006); however, at higher elevations the trees growing under coniferous overstory are often stunted and misshapen by heavy snow and falling limbs and may vegetatively regenerate new yew sprouts by layering of branches pinned to the ground.

The vigor of regrowth is highly dependent on the growing environment. Many of the areas in western Montana and northern Idaho have good soils and moisture, but through lack of disturbance in the past several decades, have developed an overstory canopy that creates deep shade to which even Pacific yew can no longer reproduce or adapt (DiFazio et al, 1998). The herbaceous and shrub understory layer often becomes depauperate and even the shade-tolerant yew becomes spindly from lack of light. Under these conditions browse or cutting could seriously set back or eventually kill the tree as the foliar component upon which its vigor depends is marginal and reducing it further could even cause mortality. However, these suppressed trees are not heavily browsed nor are they desirable for harvest.

The objective of this study was to determine foliar growth response of Pacific yew trees to clipping of branch tips. In order to carry out this objective, we examined the regrowth of harvested bough tips to determine what interval should be maintained between cuttings in order for the yew tree to fully recover harvested foliage. We found that bought-tip length of well-foliated branches was highly correlated with weight or biomass, so we used length of bough tips that had been clipped and length of regrowth from the clipped end as a measure of recovery.

Two sites were selected for the study: one site was in the Swan River Valley on Swan River State Forest land north of Soup Creek Road #554. The other site was on either side of FS Rd 2741 on steep slopes flanking the west fork of the Rock Creek drainage in the Cabinet Ranger District, Kootenai National Forest. The study began in 1996 and final data were taken in 1999. The study was discontinued on the Swan River Valley site because heavy browse by moose and deer compromised the data. Heavy browse also occurred on trees in the Rock Creek site, but we were able to collect a full set of data in 1999 on eight trees.

The trees were haphazardly selected and marked with metal tags. Of eight trees, three were female. The branches were selected for harvestability and marked. The bough tips were clipped alternatively by tree number just above the first woody stem segment or just below the bud scar of the wood stem.

The branches were placed in marked zip lock bags, and transported back to the lab in a cooler. In the lab, the length of all branching segments (branchlets) for each branch was measured and the number of branchlets tallied. If the tree was female, the number of fruit on the clipped branches was also counted.

An attempt was made to clip about 36 bough tips from each tree; however in 1996, a few more than 36 were clipped, and in 1999 some of the clipped boughs were not found because of browsing or other damage. In 1996 the average number of boughs measured per tree was 43 and total number of measured bought tips 349; in 1999, average bough tips was 31 and total 245. Analysis was by ANOVA.

Results: The mean length of bough tips was not significantly different between 1999 and 1996 (37.2 cm and 42.5 cm, respectively). However, trees 7 and 8 which were located in a deep gully were heavily mite-infested. Mites invade the buds and the result is damage to the growing tip which, if severe, can cause defoliation and branch tip death. The average stem length of these two trees was lower than all the other trees. The mean number of branchlets or rate of branching was significantly higher in the bsranches harvested in 1999 than in 1996 (p=0.003). The mean stem count in 1996 was 1.5 stems per branch and in 1999 was 2.7 stems per branch. This indicates that cutting branch tips stimulates further branching and that the length is distributed among the stems that form the branchlets. The total number of fruits counted in comparable number of branches in the three female trees in 1996 was 43, 53, and 107, and in 1999 was 24, 4, and 0, respectively. The tree that had 0 fruit in 1999 was one of the trees heavily damaged by mites.

It should be added the female strobili are particularly targeted by mites possibly because of their size (personal observation). A spreading infestation of the yew big bud mite Cecidophyopsis psilaspis, an introduced mite, has been reported by the Canadian Forest Service in British Columbia (Canadian Forest Service 2002). It is impossible to determine if bough tip harvest increased mite infestation and damage or if their increased effect was due to other factors. These trees had also been browsed to a lesser extent, and the tearing of the foliage and branches would appear to damage the yew as well and may contribute to the spread of mites. None of these and other factors were addressed by this study.

The study indicated the importance of monitoring, if for no other reason than to estimate the level of use by ungulates and associate that use with climatic conditions that change from year to year. Restricting bough tip harvest to only the 'green' portion of the stem, the interval for regrowth , is calculated by determining the number of years of replacement plus one year. At this particular site, we recommend four years between a return to these trees for harvest based on allowing an additional year as a conservative margin to allow for variability in other factors that affect growth. Recommended for sustainable harvest of bough tips would require collecting bough tips only from trees that have a sufficient foliage and growth to respond vigorously to harvest; should take no more foliage than can be replaced by the tree without reducing its vigor or no more than 20% of the total current and previous 2 year foliage in the crown, and requires monitoring of harvest trees and comparable reference trees for foliar growth. This could be done at the time of harvest by tagging branches of representative harvested trees and comparable unharvested (reference) trees, and measuring annual branch stem growth and mortality. 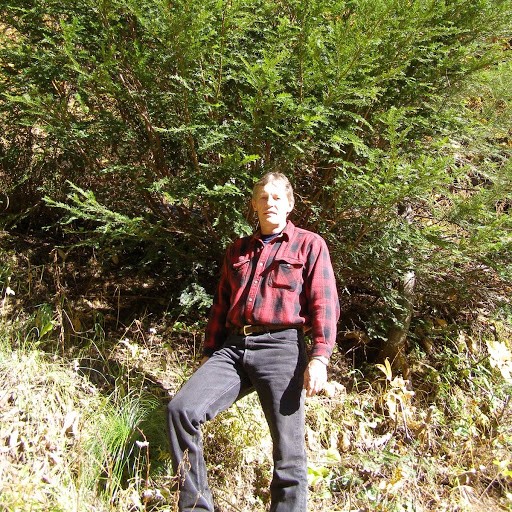